Driven by Dopamine: The Science Behind Motivation

Driven by Dopamine: The Science Behind Motivation 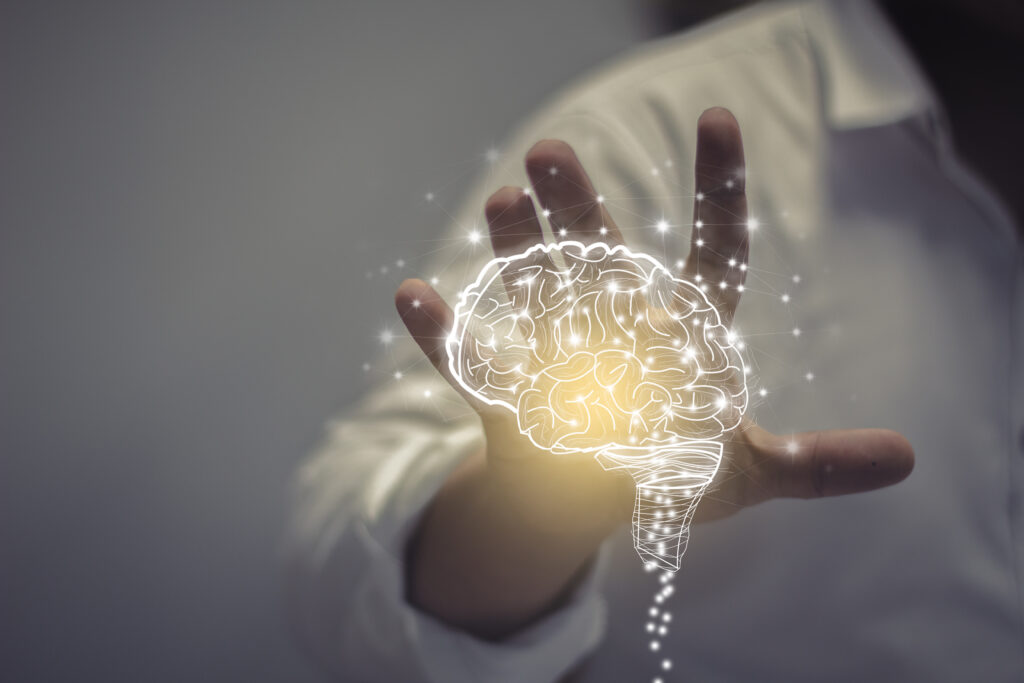 What drives you to get up and go in the morning? The will to partake in certain activities comes from the motivation to make loved ones proud, passion for a job or a cheque in the bank, whereas some actions are performed simply due to an unexplainable drive from within. If your motivation comes from the gaining of a reward which exists outside of your being, such as money or acclaim, it is described as extrinsic motivation. However, performing other actions where there is no apparent reward, such as completing a sudoku or arranging your books in alphabetical order, is termed ‘intrinsic motivation’. Both mechanisms of motivation have propelled human kind forward through evolution as they have lead us to continually push the bounds of our ‘comfort’ and ‘norm’ to strive for something improved and advanced. What underlies both forms of motivation is the release of specific chemicals and activation of certain regions of your brain, and dysregulation of motivation, whether too much or too little, can be detrimental to your health. So lets learn about the drivers which give you your drive!

The seat of motivation is your brain but the mediators of this behaviour are chemicals whose release can reinforce your desire to pursue an activity. Often known as the ‘reward chemical’, dopamine is a neurotransmitter which is made into two regions of the brains: the ventral tegmental area (VTA) and the substantia nigra, both in the midbrain. While dopamine released from the substantia nigra is vital for initiating movement (more on this in the future!), VTA dopamine release into prefrontal regions and the nucleus accumbens mediates the ‘this is good’ response. VTA neurons have axons with lots of terminals, meaning dopamine signals can be received at many locations. In terms of it’s release, dopamine can either be slowly released at low levels (tonic) or as a hit of a large amount (phasic), and these different size release patterns mediate different actions and behaviours in the brain. 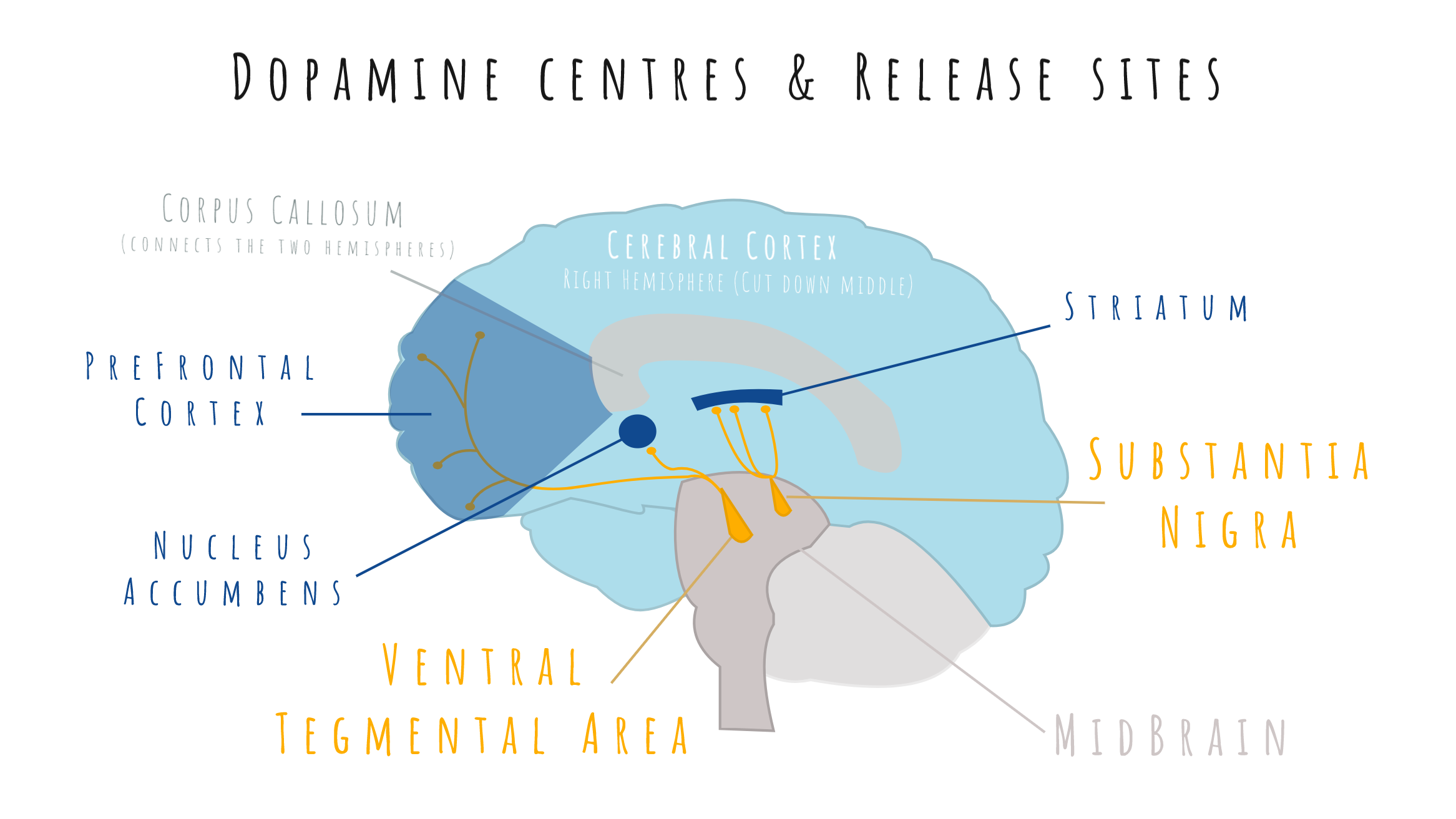 Although thought of as a reward chemical, dopamine signalling isn’t thought to occur for actually getting a prize but in anticipation of doing so. Dopamine release is experienced when you receive a reward when not expecting it (unpredictable reward) or when performing an action where the known chances of you getting a reward are high (seeking behaviour). New work in rat’s has shown dopamine’s release before receiving an anticipated reward is restricted to specific brain areas like the nucleus accumbens core and the prelimbic region of the prefrontal cortex rather than just a general blanket signal at all axon terminals. Together, it looks like dopamine acts as a region-specific signal to drive the ‘wanting’ (or ‘motivating’) sensation associated with reward.

What is Your Why: Different Types of Motivation

Although dopamine is an important chemical in motivation, where it is released, how it is released and the activity of other brain regions mediate different types of motivation.

Reward-based learning: Motivation coming from being spontaneously rewarded for your actions

Our desire to partake in an activity can drastically change following the introduction of a reward. Say you casually fill out the daily crossword from time to time, when all of a sudden, your completion results in being handed £10. You would more than likely be more willing to try to complete the puzzle the next day – hoping for a reward for your next go. This type of motivation is described as reward-based learning and is mediated by a hit of dopamine following the receipt of a spontaneous reward. This rapid increase in dopamine levels occurs in the striatum, frontal cortex, and amygdala and acts as a reinforcer, telling your brain the task you have just performed is ‘good’. The more repeats of the task resulting in reward, the more your brain learns the worth of the task until dopamine is released before even engaging in the activity. However, this response can be reversed following the removal of your reward. So if you complete 5 more crosswords and fail to receive £10 prize, you brain can unlearn the association between the daily puzzle and dollar delivery.

Incentive Motivation: Motivation coming from attaining a known rewarded for your actions

Another type of extrinsic motivation is when you know you are going to get a reward for doing something. So lets take your crossword puzzle again, but this time, instead of randomly receiving money for completion, you know you are going to receive money if you fill out every word correctly. This is described as ‘incentive motivation’ as your gusto to complete the task is driven by the reward you will receive for doing so. As a prize is involved, your brain has to make a decision as to whether the effort is worth the means – a.k.a Is this reward a big enough payment for me to spend my precious energy completing this task? Incentive motivation causes an battle within brain regions involved in decision making, such as the oribitofrontal, anterior and cingulate cortices, weighing up the value of the task in hand. Once your brain has decided the task is worth your energy, tonic dopamine release, thought to be in the striatum, activates your ‘wanting’ behaviour. This chemical signal propels you to get your head down and complete the task in order to earn your reward.

Intrinsic motivation: Motivation coming from getting no reward but a ‘nice feeling’ for your actions

The innate desire to complete a task without a reward has been a puzzle for scientists to solve. Our motivations extend much further than material possessions – if we go back to filling out our crossword, 99.9% of the time, there is absolutely no reward except the innate satisfaction completion brings. If we were solely driven by rewards, puzzle pages in magazines would be a waste of paper as nobody would spend their precious time on a task which doesn’t bring an external gratification. If we look in the brain of individuals asked whether they would like to perform tasks designed to be intrinsically motivated like writing an enjoyable paper on your favourite topic, the insular cortex – a region involved in internal feelings including satisfaction – was recruited. When asked about extrinsically motivated actions like writing an essay for extra credit, the posterior cingulate cortex was more readily used – potentially weighing up that cost-benefit value. Although this experimental set up was more focused on the decision making of doing a task than performing it, the results imply a different brain mechanism behind why we do things for reward and why we are internally driven to do things we enjoy. 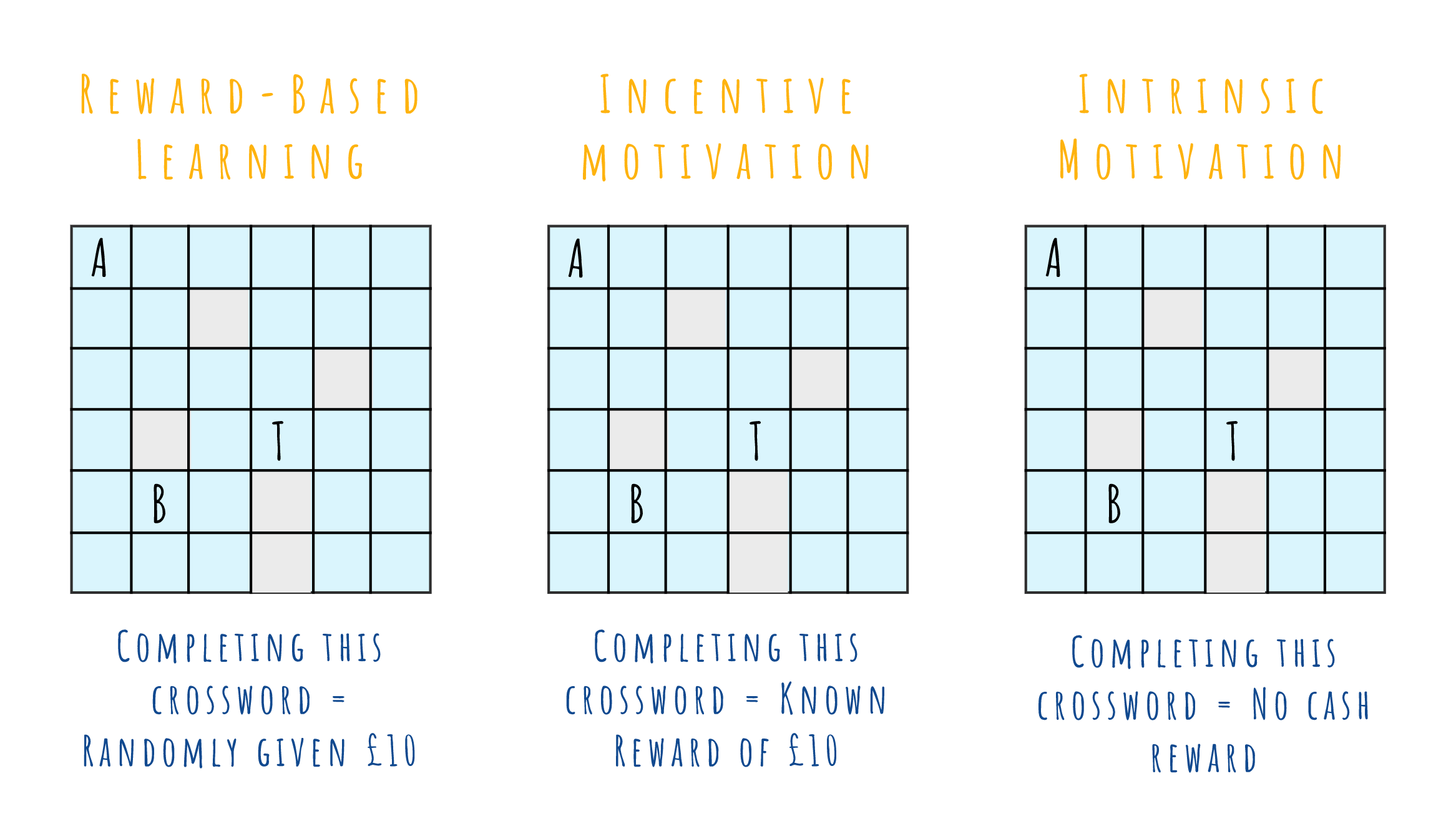 So there is a peek into the chemicals and brain parts which give us our drive to thrive. Now we have the motivation foundations down, future posts will explore activities on how to keep motivated and the mechanisms which impact our motivation systems. There will also be posts on the dangers of too much (addiction) and too little (depression/schizophrenia) motivation and how our brain strives to keep our motivation levels in check. I hope learning about motivation gives you the boost you need for the rest of your week! Now, go and do that crossword and think about why you are really doing it 😉

Check out my website for more brain tings or for more reading on motivation, click the links below!

Going with Your Gut Feeling: The Link Between Your Brain and Your Digestive System – Kwik Learning

[…] of eating as they interact with dopamine-producing brain regions, leading to a ‘rewarding’ stimulation. This means that the signalling from your gut can impact not only your digestion, but your […]

New Year, New Me: The Neuroscience of Turning Goals into Habits – Kwik Learning

[…] your brain engages in the same activity repeatedly and is rewarded for doing so (with the prize of dopamine release), it is able to transfer this new goal into a habit. Consciousness is extremely precious, so the […]