We Should Say No More Often––Here’s How

We Should Say No More Often––Here’s How 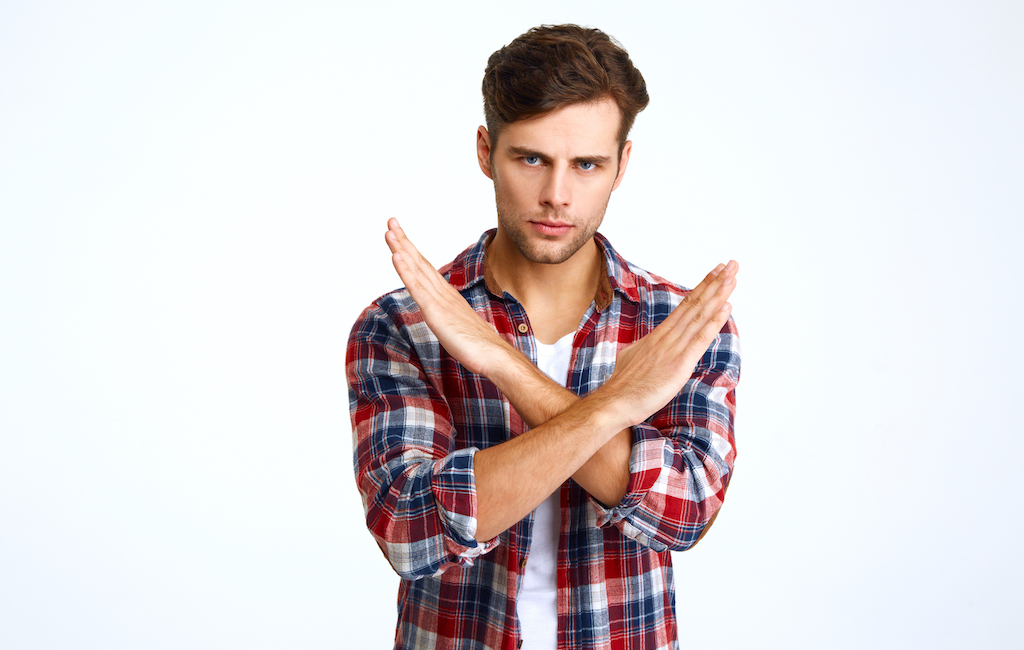 How many times have we found ourselves with too much on our plate? Been in a situation we would rather not be in? Ended up overwhelmed with stress and guilt and stretched too thin? We all have at one point or another. And most often, these situations occur when we’ve said yes to things we should have said no to.

Most of us view being a yes person as a positive thing. We think it means we’re valuable and often, our being willing to help is a socially-rewarded trait. But saying yes too frequently can mean taking up more responsibilities than we can handle. And that ultimately harms both us and the work dynamic or relationship in question. On top of that, an inability to say no compounds into far bigger problems like chronic stress and anxiety disorders, which can ultimately lead to poor physical and mental health in the long run.

Learning to say no mindfully and effectively can transform our lives.

Why we say yes when we’d rather say no

By design, humans are social animals. This means we have an innate understanding and tendency towards cooperation. But for some of us, this translates to wanting our fellow humans to like us. Saying no has the potential to make someone else unhappy or lead to potential conflict with someone we care for or want a good relationship with. Our fear of letting them down or being seen as a negative person can program our tendency to say yes. We don’t want to appear unkind or selfish, so we say yes to avoid triggering these potentially negative emotions.

This behavior is closely linked to self-esteem issues. People who lack confidence or feel like underachievers have often been observed to engage in people-pleasing behaviors. They tend to associate their self-worth with the opinion of others and thus get caught in a cycle of trying to please everybody all the time. It’s a fine line between wanting to be helpful and letting it become a part of our core identity. Especially if our decisions end up being detrimental to our own interests.

The case for saying no

We all lead busy lives and have many responsibilities. No matter how much we try, it is impossible to cater to everyone’s needs while maintaining a healthy balance for ourselves. When we say yes to work late or cover someone’s shift, even if we intend it out of kindness, we might be putting our own needs below someone else’s.

While every now and then, the cost of helping someone else while sacrificing our own plans may be beneficial, prioritizing other’s needs over our own repeatedly can be harmful on numerous levels. It can impact our health, professional career, and family life, by building resentment and escalating conflicts over time. The more we ignore our own needs in the process of fulfilling others, the more harm we cause ourselves. And that makes us less equipped to help everyone. We can’t help or take care of anyone else if we continually run ourselves into the ground.

In that sense, knowing when and how to say no actually strengthens our ability to help others.

When we say yes only to please others, we aren’t being honest with them. We may want to be agreeable by acting according to their wishes, but we are hiding our own personality and needs in the process. No relationship, be it professional or personal, can thrive when there is a lack of transparency.

In that way, saying no is a good test of relationships. The ones worth nurturing rarely are affected when we say no to them. Instead, it becomes an opportunity to learn more about the needs, preferences, and boundaries of each other. If a relationship falters because of a no, it probably wasn’t going to last much longer anyway.

In a work culture that values productivity so much, it can be tempting to do more and say yes to every new project that comes our way. We only have the ability to do so much in a given day. Taking on too much at work diminishes our focus, increases our stress, and can hurt our primary workload, making us perform inadequately overall.

This applies to our leisure time as well.  Fear of missing out is a legitimate definer of the social media age and it can drive us to keep seeking new experiences or focus too much time on our social lives. Again, this type of behavior can impact our personal and professional lives, even if our intent is to strengthen them.

In truth, we’re all different. What we can handle varies from person to person, and situation to situation. If we keep saying yes to everything without consideration of our own capacity or situation, we end up depleting our brain power a lot faster. We become stressed, start underperforming, and ultimately burn out, leaving both our brain and body tired.

Saying no more often can help us avoid this situation. Moreover, it helps us concentrate better on things we want to do, likely increasing our capabilities and performance in those areas as well. It helps ensure our brain performs better, that we’re healthier, and contributes to lower stress levels, high satisfaction, and happier relationships.

Strategies to say no effectively

Even though we know saying no is good for us, doing so is often hard, and the pressure to conform can get the better of us. Here are a few strategies that can help in those situations.

Just say no – and not much else

A popular strategy to deny something is to go the indirect way, offering up excuses and apologies. These rarely work.

Not only can excuses be easily recognized, but they can also often be logically circumvented, making the excuse aspect even more obvious. An excuse can set us up for confrontation and can put us on the defense––a situation stressful and hurtful for all parties involved.

We tend to offer excuses due to the guilt we feel denying someone. Especially if that person is close to us. However, when we offer excuses and are caught in those excuses, we over-apologize diminishing the power of the no in the end.

We may feel pressure to conform in this way, and it increases the chance of reverting to people-pleasing behaviors in the future.

In order to manage our guilt, the key to saying no successfully and effectively is to be direct. Keep it simple. No is a complete sentence, and often no extra explanation is necessary. Say only as much as needed to maintain politeness but avoid excuses.

Because of how difficult it is to say no, people can become agitated when they ask for our help and are denied it. However, if we argue with them or react equally in anger, this becomes counterproductive, escalating tension and potentially triggering our guilt, which can cause more stress.

Sometimes the things we need to say no to are worthy things. Our saying no isn’t taking away from the importance of them, rather, we’re simply not in a position to help. Engaging in arguments takes away from the legitimacy of the task and can instead make us appear opposed to them.

We can be careful and polite in the way we decline requests. Let them know we’re sorry we’re not able to help. We can be firm and direct without being antagonistic or allowing the conversation to devolve into irreparable negativity.

It could be that we’re unsure if helping or taking on a task is necessary or beneficial in terms of our professional or personal relationships. And this confusion can lead to an impulsive yes that we end up regretting later. In this case, it pays to be systematic.

When considering taking on more, we can compare what we stand to gain against what we could potentially lose. Writing them down in parallel columns makes it easy to visually compare. Are the gains more than the stress of performing them? Are they going to eat into something else that we hold dear, like family time, sleep, or hobbies we genuinely enjoy? If the negative list is longer or includes items of more value, it’s a good indication that no is the right answer.

Articulating this information and these questions in a logical way can help us see the situation much more clearly. It provides direction and clarity versus a vague sense of discomfort. It can also help us articulate why we’re saying no, diffusing any tense situations or conversations that being vague could potentially escalate.

Knowing what we don’t want

It can be difficult to always know what we want. But over time we gain a pretty good knowledge of what we don’t want, and that is a good parameter to have in hand when deciding on something.

Take going to a late movie with a friend as an example. We may be indifferent to the movie, but want to spend time with our friend. However, our hesitation in saying yes is because we know we don’t want to go to work tired and sleep-deprived the next day.

Whenever possible, particularly when it involves decisions of high emotion, sitting on a decision is usually the best idea. Taking time to really think things through helps when collecting our thoughts and achieving a clearer understanding of the situation and ourselves.

Perhaps this means asking a friend to call them later, after we’ve had time to consider their request. Or to take a lunch break or a quick walk at work before agreeing to take on another project. Delaying our response removes a lot of the emotional pressure we may feel in the moment. Once the pressure is removed, we can think through the pros and cons, making the most logical decision.

Unless it’s an emergency situation, always delay our response, even by five minutes.

There are some situations where we don’t feel like saying yes, even though there is no logical reason. This might be an intuitive reaction or gut feeling and shouldn’t be ignored simply because we don’t understand the reason behind it.

Our intuition catches many things that the rational mind often fails to see, such as information revealed in tone, body language, or circumstantial details. If our gut says something is wrong, it is probably a good idea to say no.

Saying no is hard, and can make us feel guilty, causing us further stress and discomfort. If we don’t handle the situation properly, we can harm not just ourselves, but our professional or personal relationships.

It pays to remember that by saying no to things we don’t want to do, we are actually saying yes to our health and happiness, as well as the things we genuinely want to do. By doing less, we can actually do more, helping us achieve a far more fulfilling and satisfying life.