10 Fun New Year Traditions From Around The World

10 Fun New Year Traditions From Around The World 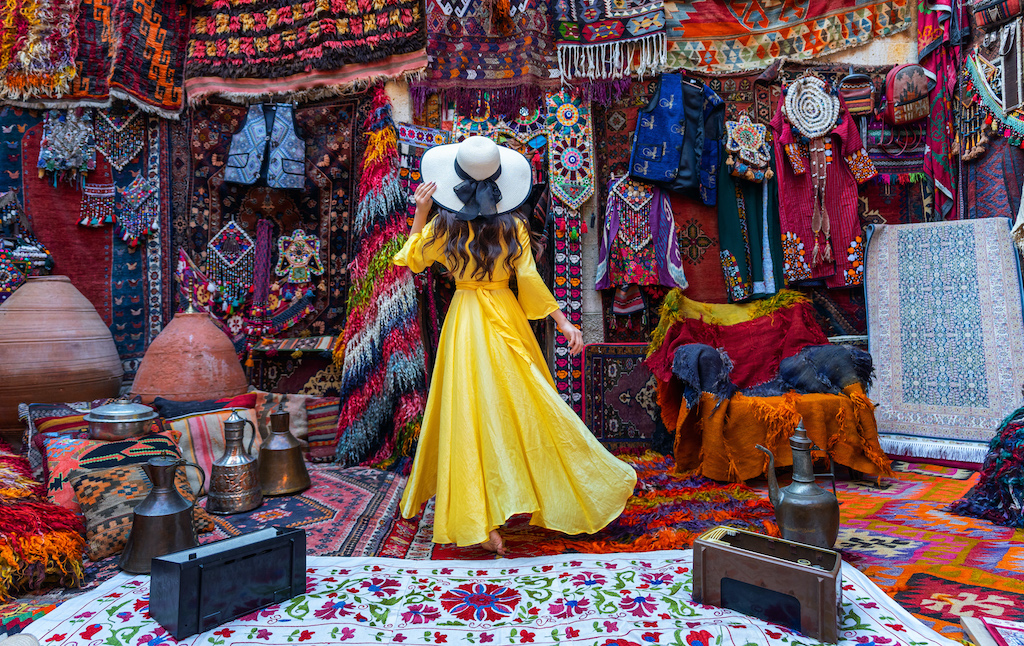 Countdowns, fireworks, a toast to the New Year. These are some of the more familiar traditions many of us associate with New Year’s Eve. But there are many more unique traditions celebrated around the world.

Hogmanay is Scottish for the last day of the year and it’s also become a reference for how the Scot’s celebrate the New Year. While there are quite a few traditions and customs associated with Hogmanay, one of the most celebrated is first-footing. This is a custom where the first person to cross the threshold immediately after midnight on New Year’s Day will bring luck for the rest of the year. It’s common for this person to give a small gift such as coal, whiskey, shortbread, or a fruitcake.

In Spain, people eat twelve grapes at midnight, one for each bell strike ringing in the New Year. This tradition began in the late 19th century when grape growers wanted to symbolize future sales out of strong harvests. It became solidified as a tradition in 1909 and is believed to lead to a year of good luck and happiness. In fact, the Spanish translation, “las doce uvas de la suerte”, means the twelve grapes of good luck.

One of the traditions in the Philippines is serving twelve round fruits on New Year’s Eve, one for each month. The round shape symbolizes coins, so sharing these fruits is meant to bring wealth and prosperity to the entire household in the coming year. In addition, the color red is associated with good luck, and the color green is associated with money, so choosing fruits of those colors is meant to bring more of both.

The tradition of smashing plates in loved one’s doorways is most closely associated with Denmark, but it occurs in cities and towns all across Europe. On New Year’s Eve residents take old or chipped glasses and plates, and throw them at the doors of friends and loved ones. The amount of smashed porcelain the next day shows the amount of well wishes meant to bring luck to the household. Today, rather than hurling dishware at homes, children will leave baskets of smashed ceramics on friends and loved one’s doorsteps.

When it comes to saying goodbye to the old year, Ecuadorians prefer to burn it away. In the days leading up to New Year’s Eve, residents build effigies––paper mache recreations that represent what they want to say goodbye to. They can be anything from politicians or social icons to more light-hearted effigies of popular cartoon characters. At the stroke of midnight, these effigies are set ablaze. It’s a symbolic tradition meant to cleanse the old year, Año Viejo, in order to bring good luck into the New Year. Anyone looking for extra luck can jump through the flames twelve times, one for each new month.

In the Czech Republic, apples are a big part of their entire holiday traditions. After Christmas Eve dinner, everyone is given an apple. They cut it in half from the stem down to look at what pattern the seeds are in. If the seeds are shaped like a star, it means health and happiness. But if it’s shaped like a cross, it means bad luck. It’s also tradition to give apples to goats on New Year’s Eve so that their milk will be sweet and plentiful.

Columbian’s ring in the New Year by bringing an empty suitcase to carry around the block at midnight. It’s meant to express the hope that the new year will bring in more travel. They’ll also hold money in their other hand or in their pockets. It’s meant to bring in a year filled with prosperity and financial security but it’s also so that no one starts the New Year penniless. Both traditions are so everyone is surrounded by the things they want to have in the upcoming months.

Armenian’s either make or buy a special loaf of bread to serve with their New Year’s Eve dinner. While the dough is being kneaded, bakers channel all the good fortune, thoughts of prosperity, and wishes for happiness into the bread. They’ll place a coin in the dough before the round, flatbread is baked. Whoever gets the coin with their meal is considered the lucky recipient and thought to have good luck all through the year.

On New Year’s Eve in Japan, Buddhist temples ring their bells and gongs 108 times, with the last strike hitting at midnight. Each toll of the bell represents the earthly temptations and desires, which we need to face and overcome in order to achieve nirvana. This ceremony is also intended to symbolize cleansing the bad deeds and bad luck of the previous year.

Brazilians celebrate the new year in style. They wear all-white as the color represents purity, good luck, and is believed to ward off evil spirits. On the coast, people will gather on the beach and jump in the waves seven times, as seven is a lucky number in the Brazilian culture. To further their luck and prosperity, they’ll throw white flowers into the water as an offering to Lemanjá, goddess of the sea, in the hopes she’ll bless them with a prosperous year.

No matter where we live or what traditions we embrace, the New Year is generally seen as a time for new beginnings. Whether we are hoping for a sweet year or one filled with luck, it’s obvious that there’s no wrong way to celebrate.