Your Willpower is Not Limited: Decision Fatigue & Following Through With Plans

Your Willpower is Not Limited: Decision Fatigue & Following Through With Plans 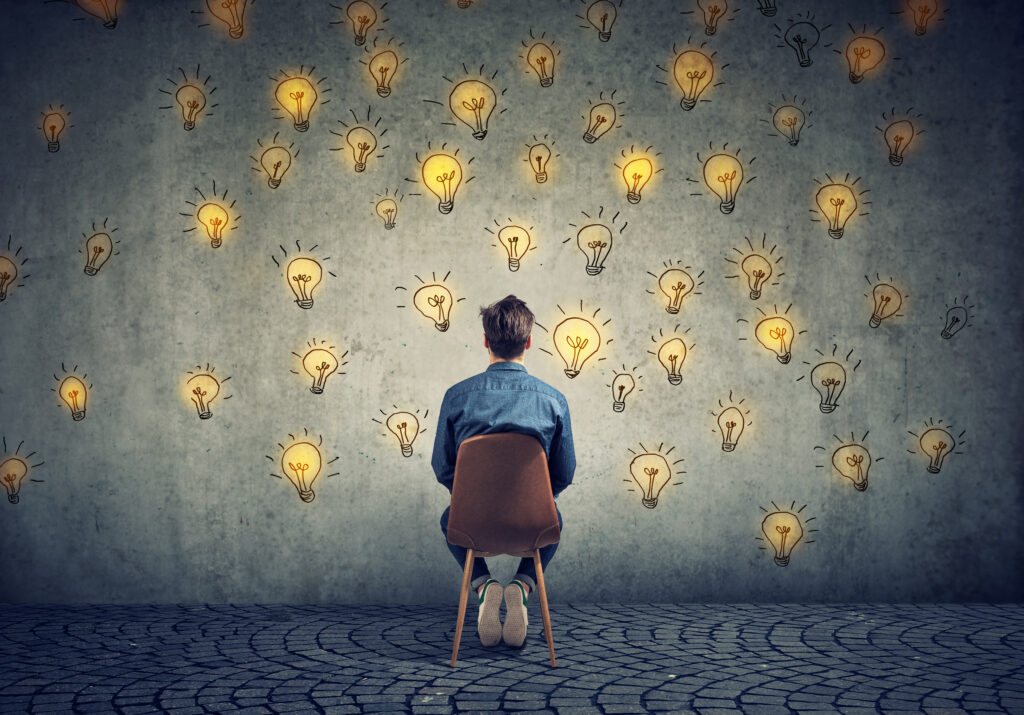 You finish a long day at work. You did promise yourself you would go to the gym but you feel so tired, you tell yourself there is no point as you wouldn’t be able to have a ‘good’ session anyway. You compromise on getting an early night so you can workout in the morning instead. You realise how hungry you are – all of those meetings have really worked up your appetite. You open the fridge and the ingredients for the nutritious meal you had planned to cook stare back at you. Slicing and dicing are the last thing you have time to do right now, so you decide to save cooking for tomorrow night and order a takeaway instead. You lie on the couch and whip out your phone for a quick scroll through social media. You have been really wanting to get your screen time down but 5 minutes won’t hurt. All of a sudden, you realise it approaching midnight. How did that happen? You pull yourself out of the deep scroll hole of cat videos and put yourself to bed, only to check Instagram one last time. By now, it is way too late to get up early to workout before work. You promise yourself you will go tomorrow after work, followed by a delicious home cooked meal and a night off the internet. You drift off convinced of these good intentions but even you know, the cycle of the previous evening is likely to replay.

Does this scenario sound familiar? We have all been there. Having set goals for ourselves which require commitment, we struggle to follow through – especially after long days of work. One proposed theory to explain this lack of self-discipline in the evenings in decision fatigue; a state achieved by making many decisions in a given time and using up all your willpower. This neatly explains why after a hectic day, we easily give into our short-term desires instead of batting for our long-term goals. But is this phenomenon real?

In any given day, we are faced with decision after decision, and for your brain, making a choice is a pretty demanding process. Deciding which coffee to order, whether to make that phone call now or later, or choosing between two solutions to a big problem all prime your brain into decision making mode. When faced with a variety of options, your brain has to weigh up the cost of effort with the value of reward for each choice in front of it. This crunching is thought to be performed in frontal lobe brain areas which permit comparison of this decision with similar past events, bring in emotions you are feeling about the choice at hand and assign reward values by predicting the outcome of each option. Any decision – big or small – is thought to engage these processes and as you can imagine, this is a fairly complex balance for your brain to manage. But are these numbers limited?

Decision fatigue argues so. This concept relies on our capacity to decide coming from a finite source of willpower: our ability to resist temptation and delay gratification to meet long-term goals. Like a petrol tank which is refilled, each decision we make is proposed to eat away at some willpower fuel. By this logic, after making so many choices, the willpower tank would be left empty, meaning an inability to give into our temptations. This hypothesis was proposed after a series of experiments showed putting people through mentally demanding tasks led to compromised performance on proceeding cognitive challenges. Whether this was bombarding shoppers with questions as they browsed or challenging individuals to hold in their emotions during a sad film, the subsequent effects of these demands showed negative consequences on self-control.

Self-control was proposed to be replenished by glucose administration; the brain’s fuel. Following a depleting task, participants given a sugary drink were able to perform as if they had not been depleted in the next task opposed to those given a glucose-free sweetened drink. The conclusions of this work argued the influx of glucose to the brain was able to redirect the brains constant energy source away from areas which lead to impulsive decisions. A famous real life version of this scenario was suggested by monitoring the actions of judges granting parole to prisoners. Observations of these decisions found inmates with similar convictions were more likely to get parole after judges had eaten or earlier in the day; proposing reduced willpower from decision fatigue and low glucose primed the judge’s brains to favour not making a potentially risky decision. This body of work has meant the theory of decision fatigue is widely accepted.

However, the idea our willpower is limited has been questioned. Having a cap on how many choices we can make in a day does not really make sense in terms of our survival. If we were faced with a life-threatening decision after having used up all our willpower, the odds would be stacked against us on getting out alive. It has been proposed willpower is more like an emotion which peaks and troughs in a given time frame depending on circumstances. This means when our need to resist temptation is crucially needed, willpower can be kicked up a gear. The fluxing levels of willpower throughout the day has been proposed to be a beneficial mechanism for our ancestors as it would allow them to switch between exploiting (willpower on) and exploring (willpower off). If willpower was on 24/7, there would have been no room for our ancestors to find new food sources, mates and other survival tools. So in terms of our evolution, willpower acting more like an emotion than a finite source which is used up with decisions is a more probable theory.

Also, we know willpower can be manipulated by altered circumstances. Cooking after a long day at work may be unappealing, but if someone offered you $500 to do so, you would most probably be more than willing. Enhanced reward, lower perceived effort and beliefs about willpower can all augment our likelihood of action. In fact, studies have shown individuals who believe in decision fatigue show signs of its effect whereas individuals who do not believe willpower is limited are able to perform as normal after ‘depleting’ tasks. These flexibilities in being able to perform tasks based on different variables argue against the idea we can use up our willpower from making too many decisions.

It doesn’t look like we can ‘save up’ our willpower by reducing the number of decisions we make. But why is it the case towards the end of the day, we feel less inclined to make the decisions we know will get us towards our goals? The answer to this question is thought to lie in the increased effort we perceive tasks to need after a tough day and the lack of immediate reward the short-term actions necessary to achieve long term goals have. Increased task effort has been reported for physical fatigue and sleep deprivation, and now researchers are investigating whether cognitive fatigue – the type of tiredness experienced after performing mentally-demanding tasks – could also contribute to this. When cognitively fatigued, it has been proposed the perceived effort of an action – like cooking a healthy dinner – seems much higher than the reward (eating food), meaning we are less likely to carry out what we intended. By the way our brains are wired, we seek short-term reward. So if a task has no obvious immediate payoff, it can be much harder to see through. This is why making decisions for yourself in advance of this tired state is beneficial to your long-term goals. Meal prepping healthy food in advance, signing up to a class at the gym and setting time limits on your social media apps not only help you from giving into the short-term temptations your brain craves after a long day at work, but could also build up the strength of your willpower as you are wiring your brain to ignore the excuses and follow through with your intentions.

So it looks like willpower is not finite and more like an emotion which can be altered by circumstance. This means making many decisions in a given time frame shouldn’t necessarily fatigue us! Making decisions in advance can be helpful for getting closer to your long-term goals, but also can your beliefs about willpower. Recognising you are still capable after a demanding day to stick to your plans is a real confidence and motivation booster!