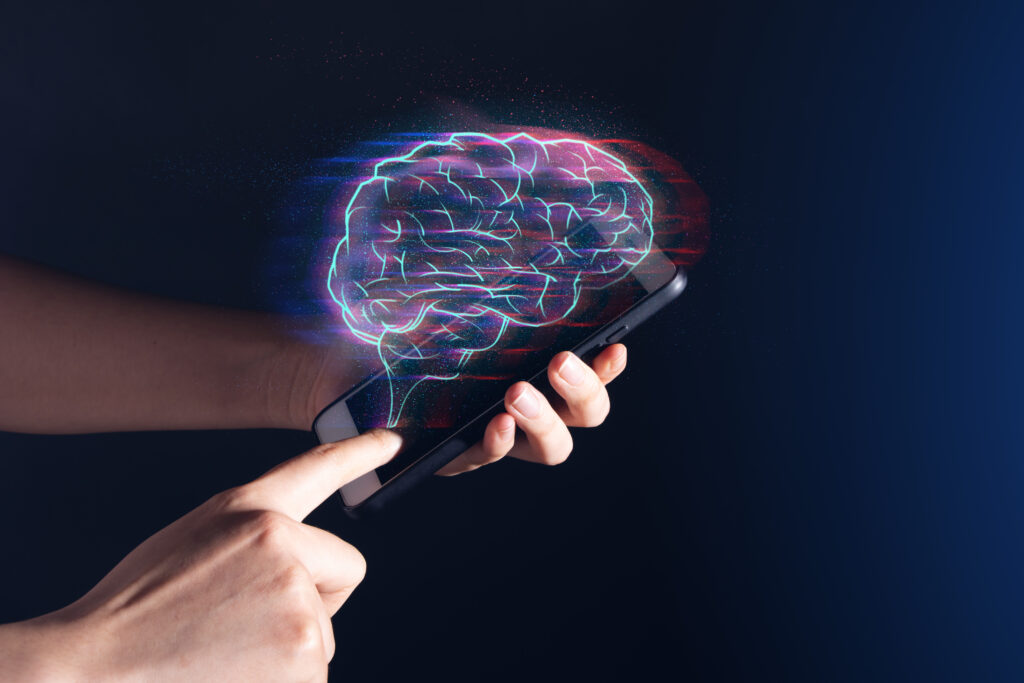 Do you ever catch yourself reaching for your phone to check social media even though you really don’t want to? This could be because your brain thinks it’s a beneficial behaviour.

One thing I have definitely come out of lockdown is is a huge dependency on my phone. My mobile went from being a form of entertainment to my source of human connection. I found myself constantly reaching out for a scroll – even when I had work to be doing – to check my notifications. Did anyone need me? Was there a like waiting for me? Even when I would try to restrict my social media intake, I would still be pining to look at my feed. I realised I had a bad habit and I needed to sort it out.

The reason we like to check our social media so frequently comes down to our brain’s reward pathways. These pathways connect several brain regions which produce a chemical called dopamine to other areas of the brain. Dopamine is often described as a pleasure chemical but its release is actually associated with many functions in the brain, including movement and learning beneficial behaviours. This system comes into play when you experience an unexpected reward – for example, being surprised with a treat after doing 10 star jumps. This random win leads to the release of dopamine in order to tell your brain ‘this is good’. The next time you come have to do star jumps, your brain experiences a motivational dopamine hit before you begin to jump as it is anticipating the post-exercise treat. If you keep receiving a treat after completing the jumping task, this initial dopamine signal gets larger until your brain will want to do the task irrespective of the treat. This is known as reward-based learning, or positive reinforcement, and is one way habits are formed.

This reward-centric system was extremely useful for our ancestors as dopamine-induced learning would reinforce reproduction, eating and forming social relationships were beneficial to their survival. However, it is now believed this system can work against us and is thought to contribute towards some detrimental behaviours, including alcoholism and gambling disorder. For example, a study found that dopamine signalling was a similar level in a brain region called the nucleus accumbens when gamblers experience a near miss as winning an actual jackpot win – encouraging the individual to repeat the action incase they clear up on their next attempt. This and other cravings are difficult to curb as the brain wants to participate in behaviours which bring that huge dopamine hit; believing they are ‘beneficial’ and therefore creating hard-to-break habits.

When it comes to feeling a buzz from a ‘like’ on social media, similar pathways to those found in addiction are activated in the brain. A random ‘like’ produces a dopamine hit in the brain, as our evolutionary need for social acceptance makes virtual approval be viewed as a reward. These notifications will create an positive association with your phone, generating dopamine release prior to checking socials and motivating you to grab the device. The randomness of likes and never knowing how many you will have keeps your brain coming back for more, anticipating that which even opening of Instagram, a dopamine-holding heart could be waiting. Eventually, you form a habit of picking up your phone and checking for ‘likes’ as the dopamine-mediating signalling has taught your brain this is a beneficial behaviour. A recent study even showed that addiction to social media (Social Networking Site addiction) can physically alter the brain, reducing the grey matter (brain cell region) of the fear and fight-or-flight responsive amygdala akin to individuals with substance addictions. This highlights the power our devices can have over our biology.

But, there are ways to break the chain with this habit – even if it is hard initially. For me, I now have switched off all my notifications from social media and have time limits of 1 hour a day for all these apps together. I leave my phone in another room whilst working and also use a productivity app called Forest. This app lets you set a timer to plant a tree and if you close the app in this time, the tree will die. I have also stopped using my phone in bed and don’t look at any social media until midday. Imposing these restrictions forces your brain to stop depending on your phone for reward and will start to unlearn the automating scrolling. As with many things, the more you repeat an action, the easier your brain will make it to do.

If you want to break the scrolling habit, give some of the above methods a try and see how you go. Our brains are adaptable, and have more flexibility than we know!

A great article on this can be found here!