Understanding How Our Brain Translates Color

Understanding How Our Brain Translates Color 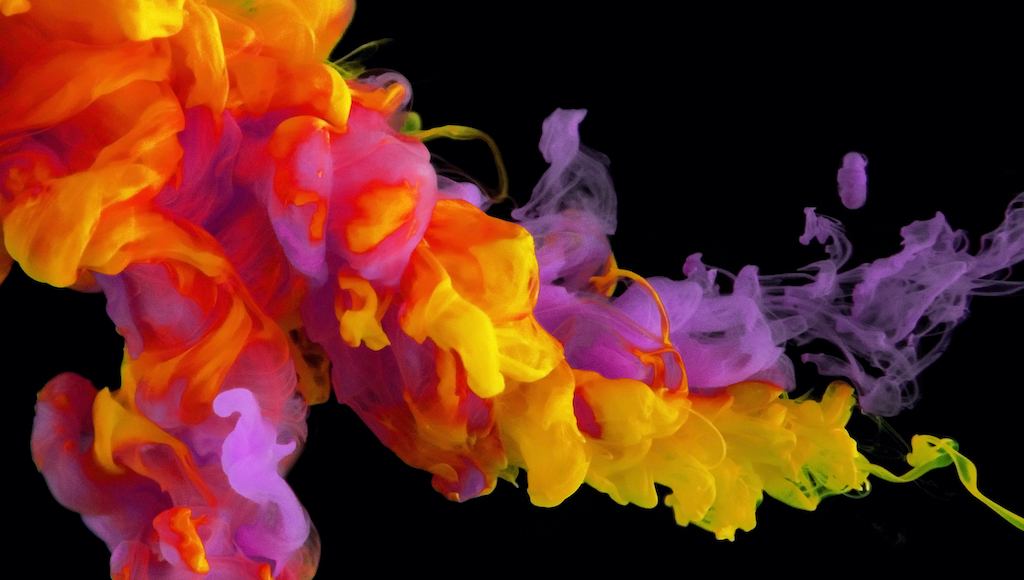 When we look at an object, our brain processes its shape, dimension, and color almost automatically. An apple is red, a dandelion is yellow, a sweater is blue. Except, color isn’t a fundamental part of an object’s structure. What we see as color is actually how the light is either reflected or absorbed off of the surface of an object.

The neurology of processing colors

When we first see an object, the image moves through the lateral geniculate nucleus, which is the main pathway through the thalamus from the retina to the occipital lobe. When it reaches the primary visual cortex, the image is processed through one of the extrastriate cortical areas.

Within our primary visual cortex, there are multiple layers with color-sensitive neurons. In fact, research shows that color processing isn’t isolated to a single area in the brain and it can’t be traced exactly either. Instead, multiple areas process various aspects of color processing concurrently.

While most of the light waves taken in through the cones in our eyes travel visually through the above pathway and processing, there are some nonvisual neurons, known as retinal ganglion cells, that are photosensitive and transmit the images with action potential to either the thalamus, hypothalamus, and mesencephalon. This means that our brain is able to translate images into actions, such as tracking movement. But one of these action potentials is translating light waves.

Light plays a pivotal role in the physiology of our body. When we’re hungry, tired, excited, and it can even impact our emotions. One example of the way light can affect our mood is seasonal affective disorder, or SAD. This disorder can bring on significant changes in mood based on the reduced amount of blue sunlight in the darker, winter months. By exposing patients to higher levels of this brighter light, the symptoms can be alleviated.

On the other hand, exposure to this high energy blue light in the late afternoon or evening hours can actually disrupt our circadian rhythms. When our brain sees those light waves, it assumes it’s earlier in the day, as that’s when those light levels are naturally at their highest levels. As a result, it raises our cortisol levels and prevents the release of melatonin, keeping us awake and alert later in the night. Since these blue light waves are emitted in screens, watching television, or using devices before bed can disrupt our sleep patterns.

We know that there are specific physiological effects of color on our brains. But much of the research on how color influences other areas of our brain, such as emotions or moods is still inconclusive. However, as research progresses, we’re learning more about how color can have a direct effect on our mood, performance, and focus.

There is evidence that red raises our heartbeat, where blue lowers it, though the measured increase and decrease was not significant. However, surrounding yourself with vivid reds, yellows, and oranges can be impactful enough to help elevate focus and alertness. In a 2015 study, participants increased their reading scores when surrounded by vivid red, blue, and yellow hues.

The color green has been shown to increase focus and concentration. In a study, participants were asked to complete a task of pressing numbers as they read off of a screen. It was designed to be monotonous, boring, and tedious, dragging out their attention spans and focus levels. During their breaks, one group was instructed to look out of a window onto a green rooftop, while the others looked at a bare concrete roof. The group looking at the green roof had better concentration and made fewer errors.

While blue light is responsible for helping us wake up, the color blue also has a calming effect. In 2009, Tokyo installed blue lights at a number of railway stations in an attempt to reduce suicide attempts. Over a period of several years, the stations with the lights installed saw a decrease in attempts drop by an astounding 74%. The results were so successful, blue lights have been implemented in other stations around the world.

Understanding the way color is processed in our brain and what effects they can produce is a relatively new field of study. While we know that light waves can have specific physiological effects on our brain, much of the research is either inconclusive or not completed yet. However, this is an emerging area of focus for many neurologists and brain scientists with studies being implemented around the world to test the effect color has on impulsivity, sleep patterns, creativity, and other behavior patterns.