Tough to Digest: Could Gut Bacteria Contribute Towards Depression?

Tough to Digest: Could Gut Bacteria Contribute Towards Depression? 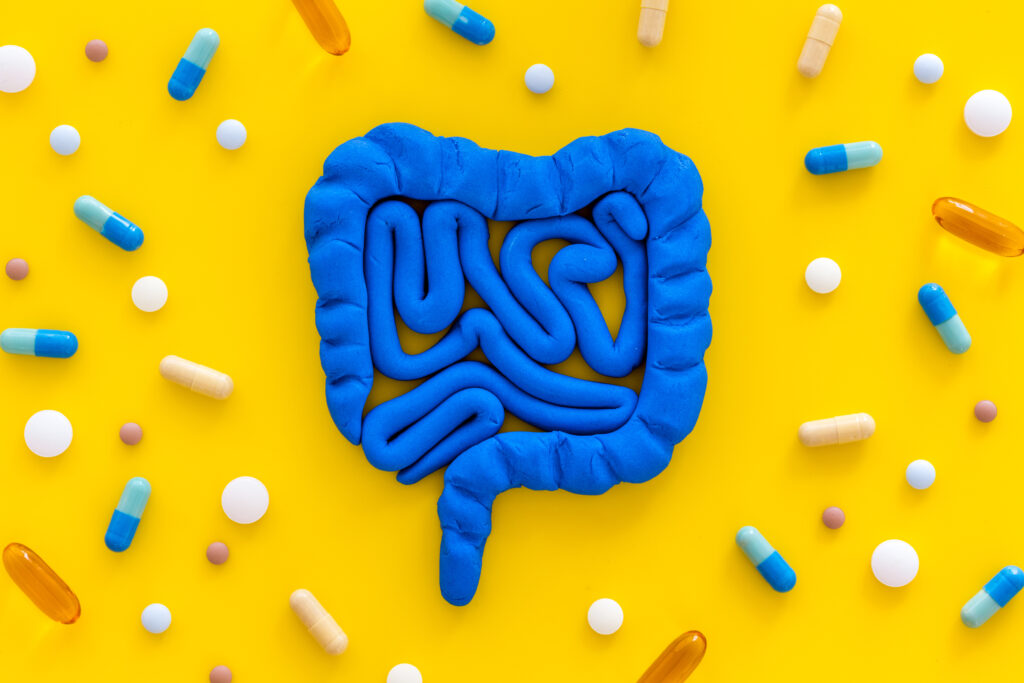 Our 2020 world is filled with a plethora of amazing medical technologies. But despite our ever-growing advancements, we are facing a mental health crisis. The number of American adults identifying as having a chronic mental health disorder sits at just under 20%. One of the most common conditions contributing towards these figures is depression. Major depressive disorder (MDD) was reported to affect around 264 million individuals worldwide, with over 800,000 deaths a year linked to depression-induced suicide. The symptoms of MDD vary from person to person, but normally, a low mood and mental state drive feelings of apathy, low self esteem and suicidal thoughts, which can lead to social isolation, physical health conditions and death. Although depression has been documented for centuries (ever read a Shakespeare play?), we still do not have a full understanding of the biological underpinnings of the disorder, meaning robust therapies are lacking. The majority of MDD research has focused on looking in the brain for alterations and answers, but a new line of enquiry is starting to creep into depression research; the gut. The residents who live inside your digestive system are now known to be responsible for so much more than breaking down your breakfast. But could the bacteria in your belly be causing one of the most complex medical conditions of humankind?

Gut-Feelings: The Link Between Your Gut and Brain

Your brain and digestive system are in a 2-way conversation and the lines which permit this chat are nerves. Your stomach & gut have their own nervous system, meaning your brain doesn’t have to interfere too much with day-to-day digestion. However, brain cells (neurons) extend from the regions including your hormone centre (hypothalamus) and fear region (amygdala) to the digestive system to interfere with motion during a crisis; directing energy to the threat at hand and causing that knot in your stomach. Your gut can also communicate with your brain via nerve endings (the vagus nerve) and these are activated by gut movement, inflammation and chemicals released during digestion. These signals are received across your brain to inform regions about the state of on-going digestion, as well as eliciting an emotional response (we all know that hangry vibe!) and reward pathways – showing eating drives so much more than your need for energy.

Your gut is not just a home for your recently chomped chow. In your stomach and intestines live billions of tiny organisms called microbes. The majority of these microbes are bacteria; with their main home being in your large intestine. Each individual develops their own personal gut microbiome based on their genetics and environment from birth. These colonies settle in childhood but can be impacted by diet, disease and drug use later in life. The bacteria in our guts have been in the human digestive system as long as we have walked the planet, and their roles in our health are include training our immune system and providing a barrier to stop pathogens entering the rest of your body. These microbes release chemicals which can stimulate the nerve ending connecting the gut to the brain; meaning the bacteria in your colon can facilitate signalling to your cranium. Exciting new research is suggesting this microbial-mediated chat could actually be impacting and altering the biology of the brain.

The current treatments for MDD are brain focused. Patients are offered psychotherapy to attempt to combat the mental states MDD bring and anti-depressants to pharmacologically alter the brain. The mechanisms of these drugs are thought to increase the levels of ‘happy’ hormones, such as serotonin, at the junctions between neurons (synapses) where they communicate. However, antidepressants are reported to only be effective 40-60% of individuals with MDD, revealing limitations to their mechanisms and leading to the continued exploration of alternative therapies.

Early work linking the microbes in the gut to depression was through the study of individuals with gut disorders. A cohort of patients with depression were shown to have elevated levels antibodies in their blood which are enhanced by certain gut bacteria; a consequence of conditions such as Leaky Gut Syndrome and other gut inflammatory conditions. Looking to animal models for more answers on this area, researchers have found that mice on high antibiotic treatment, which wipes out a huge proportion of the gut microbes, experienced depression-like symptoms and when all germs are removed from mice from birth (‘germ-free’ mice), these animals also exhibit depressed behaviours which could not be rectified with anti-depressant treatment later in their life. These studies amongst others provide strong evidence for the role of a depleted or dysfunctional microbiome in enhancing or inducing a depressed state.

So could there be specific microbes living within the guts of depressed individuals which augment their mental state? Potentially. When scientists extract gut microbes from MDD patients stool and transplant these samples into germ-free rats, the rats show an enhanced depressed behaviours compared to rats transplanted with stool from non-depressed individuals, hinting there could be specific microbes within the microbiome of MDD patients increasing or even causing their disorder. In depressed mice, treatment with a bacteria called Lactobacillus elevated symptoms thought to be mediated by altering the levels of an inhibitory receptor (GABA) in the brain of these mice. Recent large-scale population studies examining the stool of individuals with MDD have revealed some potential candidates for the ‘depression-causing’ microbes. These include reduced levels of Dialister and Coprococcus bacteria, whereas healthy individuals were more likely to have high levels of Faecalibacterium and Coprococcus bacteria compared to those who described their quality of life as low. Together, this work is starting to paint an outline for which microbes could be worsening or causing depressed states in people, and how removing or replacing these gut bacteria may work as a therapy for MDD.

We are entering a new era of exciting microbiology. Our gut microbes are increasing being recognised for their role in our mental health and current studies are hoping to identify those ‘bad brain bacteria’ for therapeutic intervention in some of the toughest diseases we face as a society. What will be really important in this work is identifying the underlying mechanism each potential ‘depression-causing’ bacteria has in the brain. This will tell us more about the gut-brain connection, how our diet could potentially be impacting our mood and inform us on the brain basis of depression. Gut feelings just got a whole lot more real!

For more on this topic, there are some awesome reviews (here & here!) and if you want to know more about your brain, check out my website and YouTube!