The Left-Brain Right-Brain Myth: Is It For Real?

The Left-Brain Right-Brain Myth: Is It For Real? 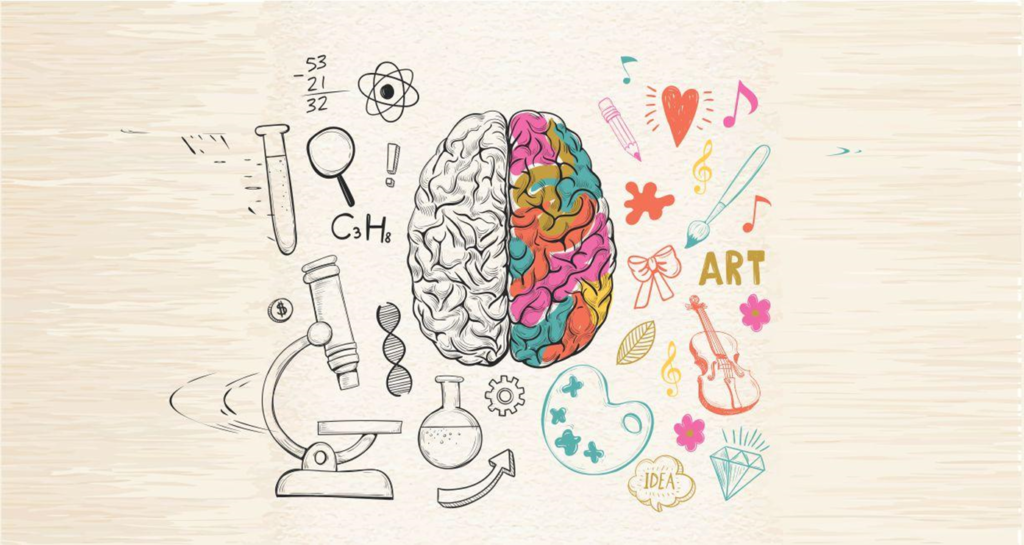 The popular belief is that the personality of a person depends entirely on the side of the brain that is in control. Right-brained people are considered to be creative, while left-brained ones are logical. This idea is not new and it has been prevalent for almost 200 years now. In reality, people use both sides of the brain and that is also to the same extent.

Each hemisphere of the brain is in charge of different functions. However, it doesn’t in anyway determine someone’s personality. So, the idea of right vs. left brained people is none other than a fiction.

For example, consider the famous The Strange Case of Dr. Jekyll and Mr. Hyde movie, where the duality of human nature is depicted as logical Dr. Jekyll (left brain) and his counterpart emotional Mr. Hyde (right brain).

The thing is, people just love the idea of exploring their psychology, and they are in relentless search for decisive answers. The seemingly endless personality quizzes and astrological websites on the world of web are just a few examples of that. However, defining yourself as a left-brained or right-brained person is of no use.

So, what really happens on the each side of the brain?

Certain areas of the brain control certain functions like sight and movement. For instance, the right side of the brain is in charge of the left leg and arm, and vice versa.

Back in the 1800s, neurologist Wernicke and Broca decided that patients suffering from communicational impairment had damaged temporal lobes, which is where language is formed.

This was backed up by Nobel winning researcher Roger Sperry, who proved that each hemisphere of the brain is assigned with particular tasks. His research done on epilepsy patients showed that the left brain carries on tasks like verbal or analytical; whereas the right portion provided emotional context to language.

However, it is in no way establishes a linkage between brain lateralization and personality traits we discussed before. According to a Harvard health blog, if you happened to scan the brain of an artist and a mathematician, you won’t find that much difference.

Why such misconceptions are so dangerous?

Detail-oriented, logical, and analytical are used to define the so-called left-brained people. It is perceived that their worldview is full of objectivity and factuality. Thus, concentrations like mathematics, engineering, and science are exclusively reserved for them. On the other hand, right-brained persons are freethinkers, intellectuals, intuitive, and creative.

Although such distinctions may sound interesting, in reality they bear significant danger. Obviously, there are people who are more creative or more logical, but it is totally wrong to think that one side of the brain is dominating over the other. Just consider the fact that there are many tasks that are combination of both logic and creativity.

Therefore, defining an individual with such a narrowed view is only divisive and restrictive. Instead of spending all your time finding which part of the brain is controlling you, just do the thing that you are good at and put your entire brain at work.