Overcome Overthinking: Break the Cycle With These Brain-Based Tips!

Overcome Overthinking: Break the Cycle With These Brain-Based Tips! 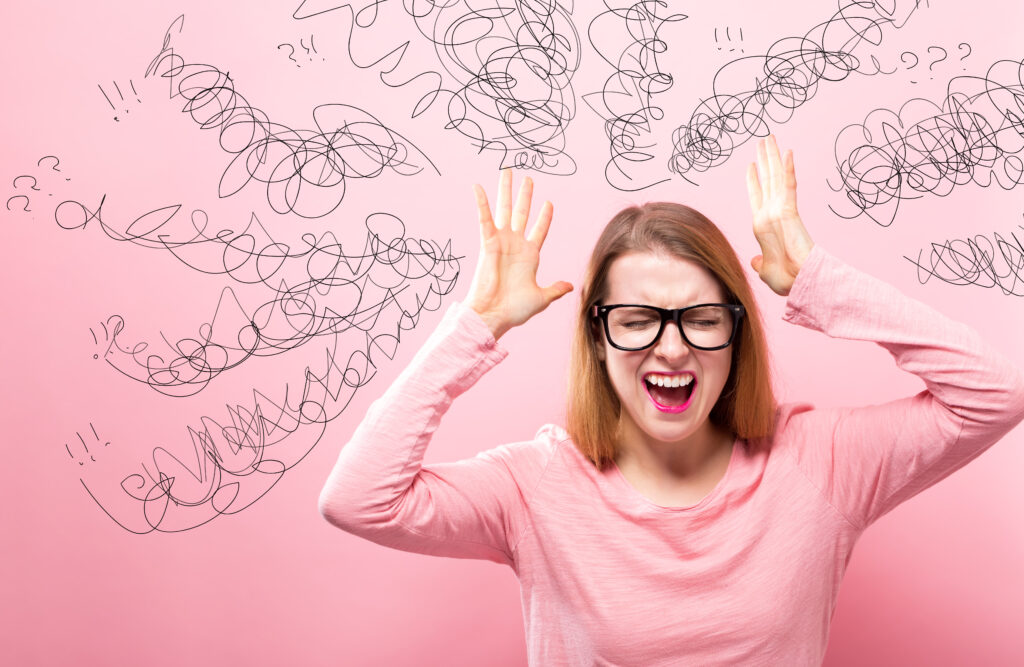 When faced with a problem, how do you react? Do you decisively take action without looking back? Or sit to ponder every option with all their potential eventualities, wrapping yourself up in an overwhelm blanket feeling more confused with every thought?

Overthinking is a common process many of us find ourselves in when faced with a tough decision, regrets or fear. However, some individuals are chronic overthinkers who spend much of their waking moments in a loop of draining thoughts, with constant “what-if”-ing, interpreting every word in a past conversation and trying to predict the future being favourites on the overthinking menu. Negative overthinking – or rumination – can fuel feelings of self-doubt, self-loathing and lethargy; leaving the recipient wiped of energy. Although overthinking is rarely useful in finding an appropriate solution to a problem, once in a thought-spinning cycle it can be tough to escape. And no matter what realistic rational we or others present, some brains can find a way to keep the overthinking wheel turning. Not only does overthinking take over the internal system and occupy the mind, it prevents living in reality. The overthinking brain traps its user in single situation with tunnel-vision focus, and can become an all encompassing state of being.

Negative rumination has been linked to increased risk of developing chronic mental health disorders like major depressive disorder and anxiety; some of the most complex and deadly conditions which plague our society. Therefore, understanding the biology of overthinking and ways to prevent such states of mind can assist could potentially save many lives. Research in the field of rumination have pinpointed brain circuitry thought to drive this state of mind and practical techniques for shifting away from it. Although there is currently no pharmaceutical aliment to block negative rumination, anti-overthinking methods exist which aim to pull individuals back to the present moment and reassess their thoughts. Employing such practices in day-to-day life can be extremely useful in catching yourself before you fall into an overthinking cycle or pulling yourself out of one, giving you back some control over your mental energy usage.

For many, rumination is a habit constructed by our brains through repetitive use. Our brain can be thought of as a web of networks connecting different functioning hubs. These networks exist in their millions to tie associated functions together and can be altered through a process called neural plasticity. The more often a network is used, or the more important a network is deemed by the brain, the stronger the connections in the network become, meaning less energy is required to access the brain regions it ties together when faced with a certain situation. These networks are physical representatives of our habits and enable us to go through life reacting to similar situations in a rote manner in order to preserve the brains energy. Habits are like computer programmes, so when faced with problem “A”, Habit “A” is activated to deal with that specific problem. Some of these habits are so automatic, we do not realise they exist – like resorting to overthinking when faced with a problem, adversity or negative comment. Essentially, our brain has set behaviours wired in as its ‘go-to’ reactions for many circumstances, and we can feel at the mercy to these automatic responses.

However, we have the ability to weaken strong habits and strengthen weak ones with consistent practice and repetition. And by understanding the networks negative overthinking activates, we can start to realise practices for lessening such activity. Studies observing the ruminating human brain have identified several activity hotspots which are more active in individuals challenged to brood. Areas of a network of brain regions termed the Default Mode Network (DMN) – which is active when we aren’t actively engaged in a task – have been implicated in rumination. The brain areas in this network have been implicated in functions such as relating to the ‘self’ – like judging of our abilities, self-worth and emotions -, thinking about our thoughts (metacognition), reflecting on the mental state of ourself and attempting to interpret this for other people (mentalising), and using past experiences to position how we might be in the future (allowing us to daydream). A recent paper which compared 14 whole-brain rumination scan studies concluded rumination leads to higher activity in the brain regions associated with relating to self, metacognition and mentalising with lower activation in areas of the DMN associated with using our past to interpret out future situations. The report suggests negative rumination permits the brain to focus on our present situation without being able to see an alternative future. These same regions have also been reported to be more active or more connected in individuals with depression, potentially highlighting why overthinking has been identified as a risk factor for developing this condition.

Although the brain studies of rumination are still in their early days, these initial results indicate our brains get caught up in a loop of thinking about ourselves and our current situation when negatively overthinking. In order to stop this activity, a few methods have been proposed which rely on individuals redirecting their thoughts to novel scenarios in the future or by breaking the overactivity in these circuits by forcing the brain to focus on other tasks. These techniques include:

Self-Awareness: Recognising when you are overthinking can allow you to see that is exactly what your brain is doing rather than sitting in the headspace of these overwhelming and repetitive thoughts. This type of reflective insight is different from ruminating as it relies on thought observation rather than getting caught up in negative thoughts and their associated feelings, and has been correlated with positive constructive thinking when mind-wandering and positive well-being. Sitting back from your thoughts by telling yourself you are overthinking can help here, or it can allow you to try one of the follow methods to break the loop.

Cognitive Restructuring: This technique utilises different exercises to reframe negative thoughts – the bread and butter of rumination. Reframing thoughts is a common practice in cognitive behavioural therapy (CBT) and a guided rumination-focused form of CBT has been reported to reduce risk of depression in high-risk young people. A way to practically employ this is to come up with alternative thoughts and feelings about the problem you are overthinking. Try writing down your problem and follow this with as many interpretations of this thought as you can muster. Not only does this allow you to see reactions to thoughts are not set – for example, people would react to the thought “I have a hard exam tomorrow” differently – and it allows you to see more positive, alternative ways to think about your problem; lessening negative rumination.

Interpretation (Journalling): Journalling has been reported to have many psychological benefits and one of these is reducing rumination. Emotive writing can help reduce anxiety in individuals who are naturally expressive with their emotions and positively framing the events which are being negatively ruminating over through journalling has also been reported to help lessen negative overthinking in a small group of people. If you find yourself in an overthinking cycle, grab a pen and paper and begin to write. The physical process of writing focuses your attention away from inside your head and the restricted speed of writing means you naturally start to slow your thinking, giving your brain a break from the persistent negative thoughts. You can do a simple ‘brain dump’ – where you just write what is one your mind in a single stream – or a positive reframing of your situation to help stifle rumination.

Mindfulness: Mindfulness is a form of meditation which focuses on the present moment without judgement. Meditation is reported to alter DMN activity and mindfulness techniques have been associated with reducing rumination. The way this might work is by redirecting your attention from negative thoughts to physical sensations. The short-term effects of mindfulness meditation training have been linked with decreased connectivity between the DMN and the salience network; involved in detecting stimuli in our environment; potentially causing a more self-detached state and giving the meditator space from internal thoughts. Mindfulness can be achieved through meditation, but also through other repetitive focused actions, like walking, knitting and colouring. A great book on this is “The Neuroscience of Mindfulness”.

Distraction: Linking back to taking your attention away from rumination, giving your brain a real problem to solve can stop overthinking. Negative rumination is an ineffective way of finding solutions to problems which normally don’t exist or can’t be changed, so by giving your brain an actual problem to solve can help redirect your thoughts. When overthinking, try completing a crossword, soduko or jigsaw. Not only does this help stop ruminating in the short-term but the more you break negative thought cycles, the weaker they should become over time and you will be actively breaking that pesky overthinking habit.

Next time negative overthinking takes over, give some of these techniques a try and see what works for you! If you are in severe overthinking cycle and feeling down, reach out to your doctor for further help.