Can Your Brain Override Pain?

Can Your Brain Override Pain? 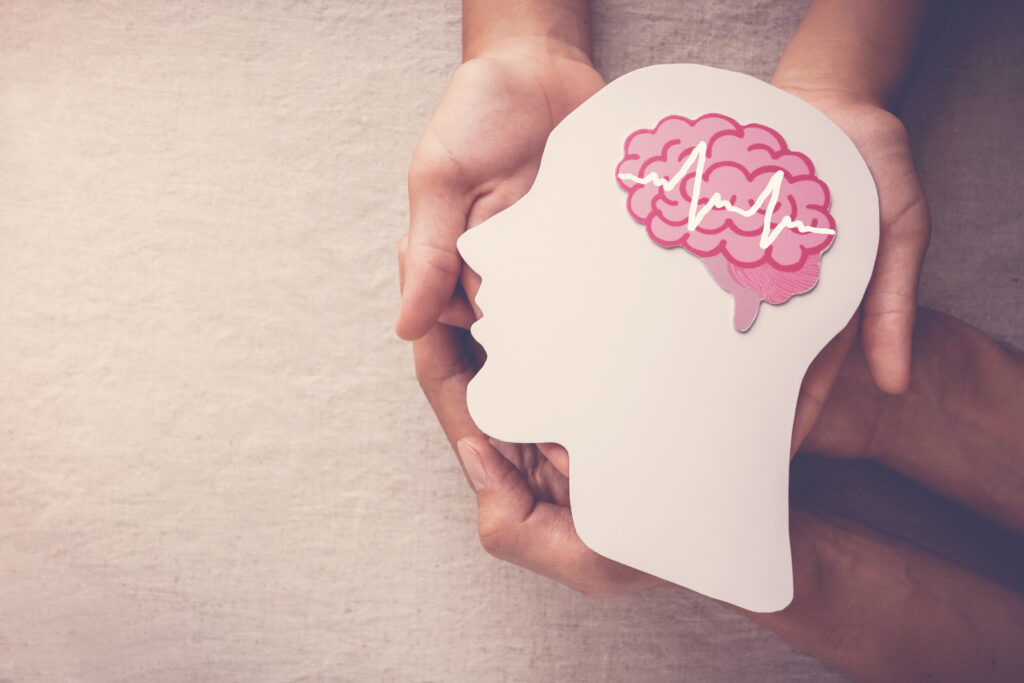 We have probably all experienced that feeling when you accidentally touch something hot and immediately whip your hand away, waiting for the pain to fully kick in. The delay between reacting to and feeling the aching burn is because painful sensations are directed by your brain. This top-down regulation means the amount of pain people feel due to injury can be dependent on many factors such as genetics, previous injury and environment. In fact, there are some instances where injury results little to no immediate pain at all, like a soldier on a battlefield getting themselves to safety on a broken leg. Because pain is a brain domain and looks like it can be “switched off” in certain situations, scientists have been trying to see if they can take advantage of this system in order to help those with chronic pain conditions. And a new piece of research indicates they might just have found pain’s “off” switch…

When we suffer an injury or stub a toe, we associate pain with the physical site of injury. And while this area feels sore and tender, the sensation of pain is mediated by your brain. Biologically, there are several types of pain which vary in their mechanism: nociception, inflammatory and neuropathic. The latter mechanisms are inflicted by internal issues and cause chronic pain, with inflammatory pain being induced by molecules called cytokines in the immune system and neuropathic pain arising as a result of nerve damage or disease. Detection of noxious external sensations, like when we touch a hot pan handle or jam our finger in a door, is described as nociception. Nocicpetion is nerve activity triggered by our bodies interaction with extreme temperature, mechanical stimulation or nasty chemicals. The signals these situations induce cause two experiences of pain: that initial sharp “ouch” followed by a dull, burning ache. These two sensations arise as there are two sets of nerve fibres involved in detecting pain; the quick signalling Adelta fibres (aka “ouch-and-pull-away”) and the slower-conducting C-fibres (aka “the prolonged burn”). Adelta fibres signal to  the spinal cord and rapidly trigger your reflexes while quickly running their signal to the brain to say “this ain’t good”, whereas the C-fibre signals take a bit longer to reach the brain and kick in that lasting aching sensation from your sensory nerves (with chemical pain only activating the latter).

Although pain may not be a pleasant experience, its primary function is to protect us. And reduced or no pain detection can be catastrophic to the individual. There are individuals who are genetically predisposed to feeling little to no pain – caused by mutations in genes which code for “on” and “off” switches for fibres which detect nociception. A set of mutations which results in a defunct “on” switch causes congenital insensitivity to pain; allowing such people to walk on fractured bones and cause extreme damage as painful stimuli do not activate pain fibres. Our environment can also dictate how we perceive pain and prevent sensations. You may be playing football with friends to find after the match, you have cut your leg – but the excitement of the game distracted you from feeling the pain you may have experienced from such injury in other circumstances. It is has been shown that distraction can reduce pain from electrical stimulation through activating brain regions involved in attentions. Although the latter situation is less serious than the former, continuing to perform as normal when injured due to lack of pain can cause further harm.

On the other hand, there are situations when pain can be a hindrance to the body’s safety. Highly stressful incidences can prevent painful sensation to allow the individual to focus on surviving, seen in extreme accounts from soldiers reporting to feel very little after being hit with shrapnel. Stress-induced analgesia is thought to be mediated by chemicals like noradrenaline and serotonin, whose signalling plays a role in many biological processes including altering nerve activity in the spinal cord. Their role in pain processing has been tested experimentally, with participants in a research study given a serotonin-mimicking drug having reduced heat pain threshold and rats given noradrenaline-releasing drugs had a higher tolerance during a paw pressure test. Noradrenaline levels are elevated during stress, potentially granting the pain relieve experienced in highly-stressful situations. These studies amongst many others show how brain-directed chemicals can alter pain perception.

Unfortunately, there are pain conditions which do not serve a physiological purpose and individuals living with them struggle on a daily basis. Finding a way to combat chronic pain is an important aim of the medical community and researchers are looking for ways to specifically augment the brain’s response to prevent detection of these signals. There is hope for this type of treatment as patients with pain disorders have reported pain relief following placebo treatment, showing the brain can “switch them off”.  However, trying to treat individuals with pain conditions by playing with the chemical systems mentioned could prove tricky due to their vital roles in other biological processes like mood and alertness. Finding a specific brain target that controls pain would be the best scenario… and a recent study in mice may have just pinpointed one. By treating mice with different forms of general anaesthesia, a population of brain cells were constantly activated. These cells were found in the area of the brain associated with processing fear, or “fight or flight”, called the amygdala and have distinct biology to other neurons in that area. Independently activating these cells (named CeAga) in mice receiving painful stimulation suppressed their response while inhibiting these cells lead to enhanced pain. These cells pass on inhibitory signals to many brain areas associated with processing pain, so activating them may grant a reduction in painful sensations. And also this region is vital in the stress response – potentially linking that pain prevention we see in highly stressful situation. This work is super important as scientists may have found a specific population of brain cells which can be targeted in people with chronic pain conditions. If this is the case, your brain may actually be able to override pain.