Brain Boost: How Your Brain Benefits from Exercise

Brain Boost: How Your Brain Benefits from Exercise 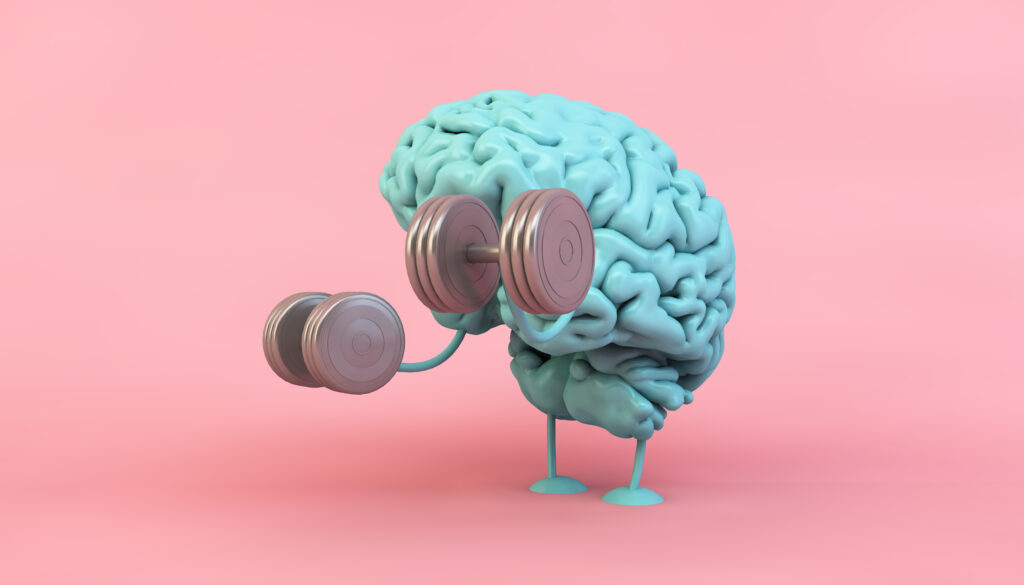 At the start of a new year, many of us make resolutions revolving around getting more active – normally with the aim of increasing our current output or taking up a new sweat-inducing hobby. Although a fair proportion of these gym-based goals are constructed around the want to improve physical health, exercise actually has a huge impact on your mental health. After a long run or a hyper-flexy yoga session, you might experience a productive few hours in work, an uplifted mood or a clearer mind. These post-exercise feelings are not random; in fact, how exercise affects the brain is beginning to be biologically pinned-down. So read on for a list of some of the benefits exercise has on your brain and explanations as to how these feels happen!

Do you Remember? Memory Function

After a workout sesh, your body may be knackered but your head could be more cognitively active; especially in your ability to form memories. This increase in memory processing was shown to occur immediately after exercise (in individuals learning vocabulary following a run) and after extended periods of following an exercise routine. The changes in the brain underlying exercise-induced memory improvement where correlated with increases in proteins which improve neuron survival (BDNF) and working memory (dopamine) straight after exercise, with long-term exercisers showing increased blood flow to a brain area vital in memory formation: the dentate gyrus. The dentate gyrus is one of only two brain areas where new neurons are produced, therefore increased blood flow to this area could imply the generation of brand new brain cells. Now that is gym-spiration.

Over the past few decades, mental health problems have become an epidemic in our modern society. A common prescription for dealing with some of these conditions is to take up a form of exercise. A study showed that several months of practicing a sustained exercise routine improved symptoms in individuals with major depressive disorder in a similar manner to medication and another revealed short bursts of activity were enough to have positive effects in reducing anxiety. A problem with using exercise as a means of treating individuals with mental health problems is the act requires motivation; a trait majorly affected in these conditions. Therefore, learning the chemical basis of how physical activity improves mental health could be of interest for drug development. A potential mechanism for improving mental health symptoms through physical activity comes from an increase in the growth factor protein, BDNF; observed in depressed individuals following one exercise session. BDNF levels in the blood have been described as being lower in individuals with depression and antidepressants can restore the levels of BDNF to a normal range. Therefore, one way exercise could be alleviating depressive effects is through raising the level of BDNF protein.

A huge problem in our ever-ageing population is the occurrence of degenerative disease like Alzheimer’s disease and other dementias, with some of these conditions affecting learning and memory. However, exercise may be a mediator in keeping cognitive functions intact, with a positive relationship being drawn between cognitive ability and walking level in a study of almost 5000 elderly women. Further, brain scans of elderly people who perform cardio exercise showed less loss of brain tissue in the frontal (personality/decision making/planning) and temporal (memory) regions of the brain which can occur with age. Confirming and pinning down the actual mechanisms between age-related tissue retention and exercise will be vital in order to see if physical activity could bare any therapeutic weight in older people at risk of developing dementia.

With human brain vs exercise studies, the majority of experiments are observational relationships, making it hard to solidly conclude the increase in cranium capacity is down to hard-core cardio. How these brain changes are triggered by exercise are thought to be from the release of signalling molecules (like BDNF) from skeletal muscles during or after exercise which travel to the brain via the bloodstream. Lab-based experiments have started to uncover some potential brain-specific biological mechanisms which lead to the post-exercise brain boost. These include the production of new neurons, an increase in the strength between neurons in memory regions, new connections between existing neurons, the formation of new blood vessels in the brain and a reduction of brain inflammation. A lot of scientific research is still required to see which of these mechanisms are consistently involved in improved cognition and whether these results transfer from the lab to humans. But overall, the idea that exercise is a promoter of brain health is gaining more and more scientific backing.

Science is suggesting exercise does so much more for your than build muscle and improve cardiovascular capacity, it seems to fuel your brain power. There looks like there is a relationship between exercising and improved brain function in human studies, and studies into the potential biological mechanisms are looking like physical changes in the brain do occur due to increased physical activity. So if you need motivation to stick to your New Years health kick, you can add ‘improves brain function’ to your list of reasons to get up at 5am!

Be Smart, Exercise your Heart | Exercise and the Brain

Also, please exercise responsibility. If you feel you cannot control your need to workout, get in touch with your GP.

I needed this motivation to start working out.

This a great reason of why I need to workout. Great article 🙂