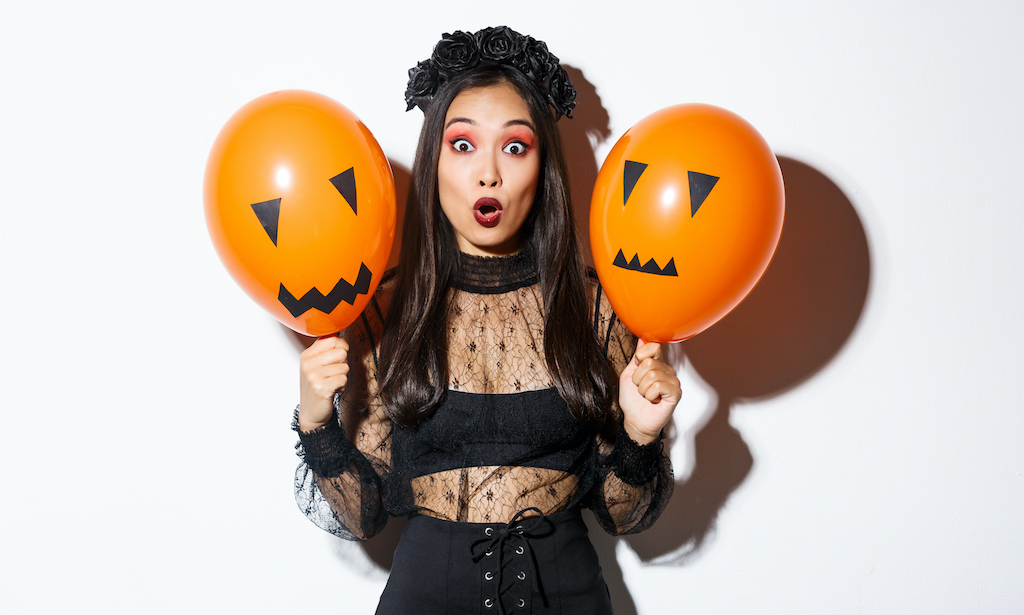 Halloween may be known today as a thrilling holiday where we dress up and ask for treats. But it’s a celebration that evolved from ancient traditions and is more than a day of fun frights. Here are seven fun facts you may not have known about Halloween.

The original name for Halloween came from All Hallows’ Eve, a Scottish term that translates to the evening before All Hallows’ Day. But with Scottish accents, eve is even and is pronounced e’en. As the holiday spread throughout England, Ireland, and beyond, the words merged creating AllHallowe’en. Over time it’s been shortened again to the name we know today: Halloween.

Halloween can be traced back to a Celtic tradition known as Samhain. This festival began at sundown and marked the end of the harvest season as well as the beginning of winter. But it was also a night people believed that the barrier between this world and the otherworld thinned. Fairies and spirits were thought to come into our world and in order to appease them, people left food and drinks outside their home so the spirits wouldn’t cause mischief on their land. As beliefs evolved, the tradition for dressing up and leaving treats to avoid being haunted remained, paving the way for the holiday we celebrate today.

Many of us get spooked on Halloween night. Haunted houses are popular and most porches and yards are filled with spooky decorations. But there are people who are actually afraid of the actual holiday. It’s called samhainophobia and is more than a mere dislike of the holiday. It’s marked by a persistent, abnormal, and unreasonable fear of the day, even when the person knows there isn’t a real or present danger tied to the day.

Black and orange are the two colors most popularly associated with Halloween. At first glance, these opposing colors seem random, but they actually represent very specific things that tie into the holiday. Orange represents the color of fall. Leaves change color, we harvest our bounties, and of course, it’s the color of the pumpkins we decorate and carve. Black, on the other hand, represents the end of summer. The days get shorter and since Halloween is held at night when the spirits can cross into our world, it symbolizes death as well.

Of all the holidays we celebrate, it’s probably no surprise that Christmas is the most popular––and commercial––of them all. However, when it comes to commercial success, Halloween comes in a firm second. Commercial success is defined as the amount of money a consumer spends on a given holiday. And the total amount of money spent on candy, costumes, decorations, and brings in around $8 billion annually in the US alone.

Originally called Chicken Feed, the candy wasn’t always associated with the fall season or Halloween. In the early 1900s and for half of the century, candy corn was sold as penny candy, sold in bulk in markets around the country. It gained popularity in the 1950s as candy manufacturers increased advertising, and in fact, October 30 has been deemed National Candy Corn Day. It’s estimated that close to 30-35 million pounds of this sweet delicacy is produced yearly for the celebration.

While many Halloween movies and cartoons feature a prominent full moon for witches to fly by and werewolves to howl to, it’s actually quite rare. The last full moon on Halloween night was in 2001. As it happens, Halloween 2020 will experience a full moon, and even more rare, it will be a blue moon since it’s the second full moon in October. The next Halloween full moon is scheduled to make an appearance in 2039.

No matter how popular or well-known a holiday is, there are always facts and details to discover. Comment your favorite fun fact, or share a fun fact of your own.