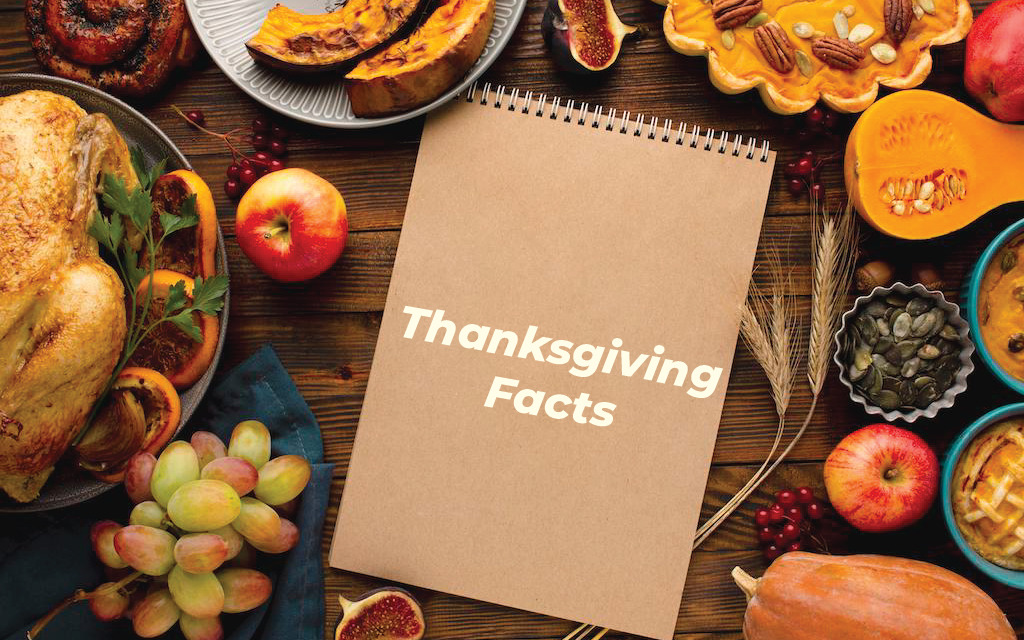 A widely known and celebrated festivity, this holiday is about celebrating gratitude. We spend time with our family and reflect on all the things the year has brought. And while most of us think of turkey and football, there is a lot more history to the day than that. While we prepare our dining room tables, here are ten interesting facts to dazzle friends and family over dinner this year.

While the Puritans did bring Thanksgiving to Plymouth Rock in 1621, the tradition had been observed since 1536. Known as Days Of Thanksgiving, they were held in celebration of events deemed as blessings from God. In the case of Plymouth rock, the Pilgrims were celebrating their abundant harvest and invited the natives of the Wampanoag tribe to join them.

3- Thanksgiving with no turkey

Turkey has been the focal point of Thanksgiving dinner for as long as most people remember. But that wasn’t always the case. History isn’t sure when turkeys became the main dish, as historical notes on the first Thanksgiving at Plymouth Rock served venison and fowl. However, turkey dinners became very in vogue in the 1840s after Charles Dickens published A Christmas Story. It was also a favorite meal of President Abraham Lincoln, who declared it a nationwide holiday. To help the country celebrate, organizations collected turkeys for families struggling to rebuild after the Civil War, cementing the tradition.

4- The mother of Thanksgiving

Prior to 1863, days of Thanksgiving were observed periodically both as national days of observance and individually in various states. However, the tradition fell out of fashion until Sarah Josepha Hale, a writer, and editor began pushing for the celebration to become a national holiday in 1846. Using her position at her magazine, she wrote letters to President Lincoln and several Governors urging them to recognize the national holiday. She became popularly known as the mother of Thanksgiving due to her efforts.

Abraham Lincoln is known for beginning the tradition of pardoning a turkey when his son befriended one of the turkeys intended for their celebration. In 1947 the Turkey Federation began presenting one live turkey and two dressed turkeys to the President, where they officially pardoned the live turkey. The pardoned turkeys then live the rest of their days on a historical farm.

The average turkey bought and cooked for Thanksgiving weighs fifteen pounds. However, the heaviest turkey ever raised was a bird named Tyson. He weighed in at a whopping 86 pounds––the size of a small dog. The largest turkey recorded in the wild weighed in at 37.5 pounds.

8- The evolution of pumpkin pie

We know that pumpkins were at that Thanksgiving feast in 1621, but not in pie form. The Pilgrims were familiar with the pumpkin though, as were the Wampanoag, so pumpkins were likely on the table in several forms. One source notes a dish made of a hollowed-out pumpkin shell filled with a custard made of milk, honey, and spices roasted in hot coals. The earliest known recipe for what became our beloved pumpkin pie was from Amelia Simmons in 1796.

In 1939, America was still struggling to recover from the Great Depression. In an attempt to bolster retail sales, President Franklin Roosevelt moved Thanksgiving to the third week in November, adding seven days to the Christmas shopping season. The change wasn’t warmly received and 22 states overrode the President’s declaration and celebrated on the fourth Thursday, as tradition dictated. By 1941, retail holiday sales didn’t show significant improvement so Congress passed a bill marking the fourth Thursday as the official holiday.

10- The leftovers have it

While everyone enjoys the feast on Thanksgiving Day, according to polls, up to 70% of people prefer eating the leftovers even more than eating the day of. In fact, the first TV dinner was technically Thanksgiving Day leftovers. After miscalculating the number of turkeys they would sell, Swanson had an extra 260 tons of turkeys. A salesman ordered aluminum trays and turned those extras into individually packaged Thanksgiving dinners.